Wex joins with Orange Barrel Media on Art for Action 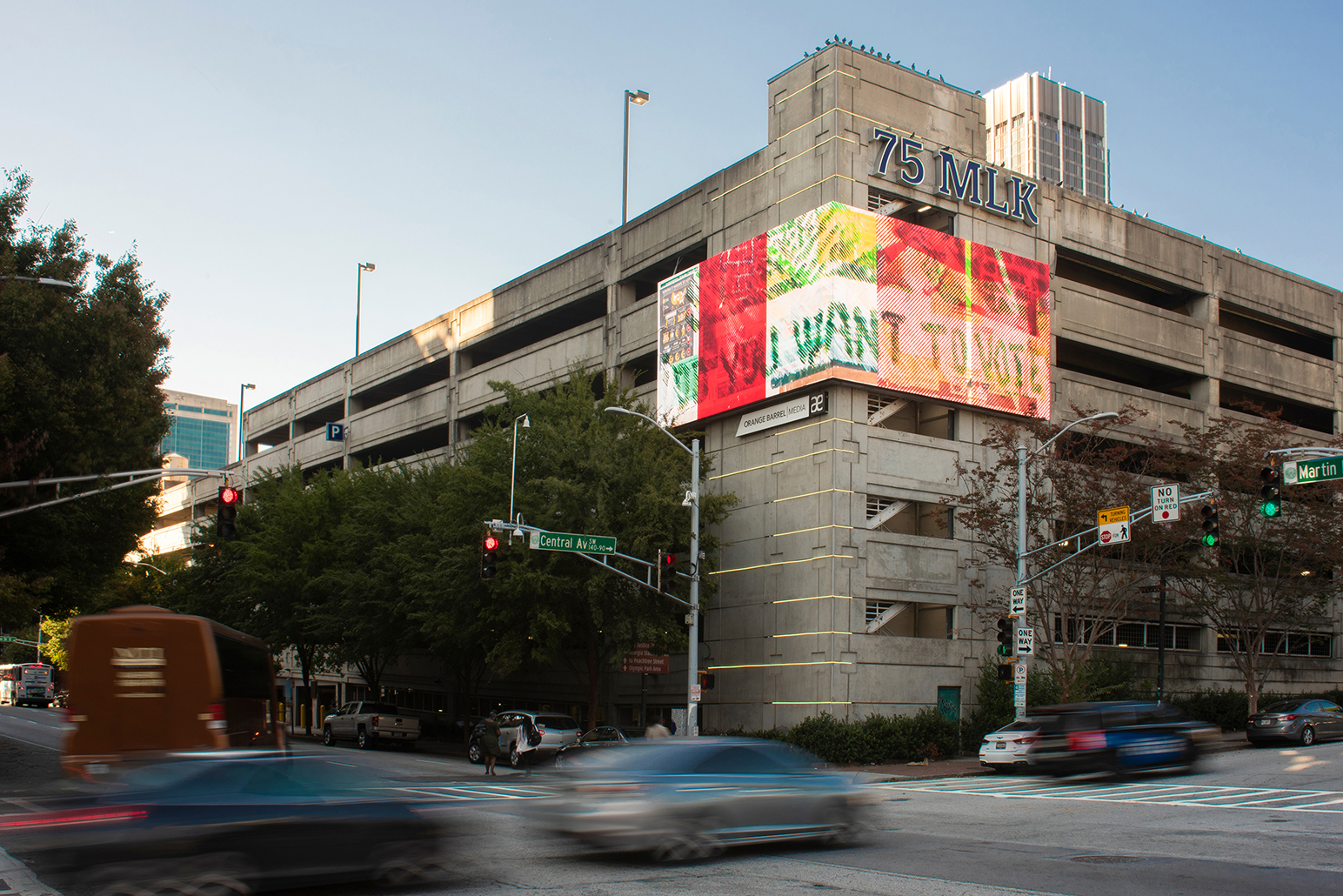 This election season, the Wex has partnered with Orange Barrel Media on Art for Action, a major nationwide, artist-driven and non-partisan voter call to action.

The initiative is now appearing on Orange Barrel's network of 350 digital billboards and IKE Smart City kiosks in 16 cities, making this the largest and most geographically diverse effort of its kind. Featuring original works by Jenny Holzer, Carrie Mae Weems, Jeffrey Gibson, and Tomashi Jackson (whose Love Rollercoaster is currently on view in our galleries), the campaign includes voter resources, links, and individual state-specific registration and voting deadlines in 16 cities across the US, on view through election day on November 3, 2020. The national campaign was curated by Diana Nawi.

The artist-focused portion of the campaign originated with Jenny Holzer, known for her work utilizing digital signage in the public space. Inspired to share new work from her project YOU VOTE developed for the election, she reached out to Orange Barrel Media. Holzer had previously collaborated with Orange Barrel on projects that debuted on the IKE kiosks and large format digital screens in 2019. Holzer was recently featured in HERE, an exhibition on view at the Wex last fall.

Pictured above: Tomashi Jackson's work in the Art for Action campaign, as seen in Atlanta