Elles (The Women), images above and at top of page courtesy of La Cinémathèque Française.

The high schoolers interviewed in Ahmed Lallem’s 1966 documentary Elles (The Women) are intellectuals. Decades before Homi K. Bhabha would publish his writings on postcolonial hybridity or the colonized subject’s mimicry of the colonizer, a high school girl in a newly independent Algeria theorizes:

"People say the Algerian girl has no personality, that she imitates and copies, but I think she has to do that in order to reach her personality. It’s very difficult, she lives in an environment where two civilizations meet each other: European and Arab civilizations, which in my opinion are very different."

Filmed only four years after the Algerian people ended over a century of French colonial occupation, Elles lingers on the enormous task of building a new world. The teenagers who speak in Elles are intimately familiar with the demands and mechanics of revolution, although they don’t necessarily agree on how to go about it. When one student invokes how women in the USSR and Bulgaria work as bus drivers and ship captains, another points out that she doesn't even feel safe going outside--so how can she even begin considering driving buses?

The film never names the individual women who speak, blending their separate inner worlds into a singular cinematic consciousness that could easily tip towards an essentializing statement on all Algerian women. Fortunately, the lively classroom scenes preserve the debates and disagreements that characterize any political organizing and prevent the film from completely flattening the students to the point of abstraction. With total emotional and intellectual lucidity, the teenagers of Elles think collectively and deeply about building a future that will include them.

Lettre à Ma Soeur (Letter to My Sister), images above and at top of page courtesy of the filmmaker

If Elles pieces together an uncertain future, Lettre à Ma Soeur (Letter to My Sister) reassembles a difficult past. Released in 2006, Habiba Djahnine’s documentary Lettre à Ma Soeur processes the future that the teenagers in Elles had yet to experience. Djahnine returns to the Amazigh city of ⵜⵉⵣⵉ ⵡⴻⵣⵓ (Tizi Ouzou) where her sister, Nabila, spent years working as chairwoman of the feminist organization Thigri N’tmettouth (“Women’s Outcry”). In 1995, Nabila was murdered in the midst of a brutal civil war that gripped Algeria from 1991 to 2002. In Lettre à Ma Soeur, Habiba Djahnine collects testimonials from residents who remember Nabila and continue to reflect her impact, crafting an intimate film that both honors her sister’s legacy and serves as a reminder that while the work of liberation is never linear, it is also unstoppable.The closing scene in Elles shows a professor affirming that “the world at present has reached such a level...that it is impossible to hinder or halt the liberation of women--the emancipation of women.” Lettre à Ma Soeur confirms his prediction.

In a way, both Elles and Lettre à Ma Soeur end up looking in the same direction, despite being made 40 years apart. While watching both films as part of co-curating this series, I thought about how they overlap in considering the freedom and loss that emerge in the slippery aftermath of revolution. Most of all, though, I am left with a deep feeling of reverence for the women involved in both films. I completely trust them with the big questions of liberation and feel grateful that I am still able to learn from their wisdom, persistence, and strength to this day. 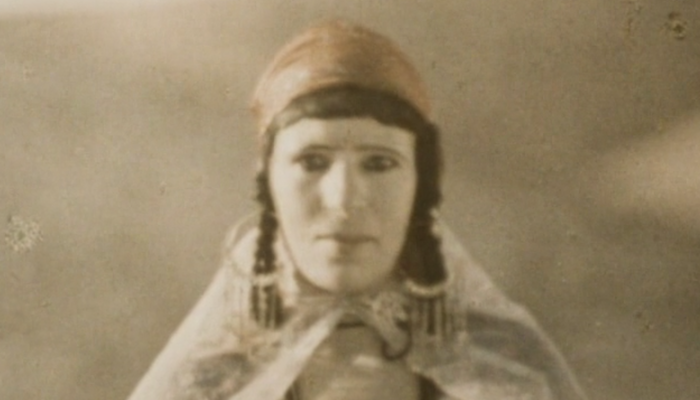