The series Signs of Remembering: Women’s Resistance in Middle Eastern and North African Documentaries, launching March 19, offers six films from an intergenerational group of women filmmakers whose work brings visibility to suppressed stories from overlapping women's rights movements. Among the selections is The Zerda or the Songs of Forgetting, a 1982 documentary by Algerian writer and filmmaker Assia Djebar. Below, Dareen Hussein, a graduate student in Contemporary Art and Curatorial Practice and co-curator of the series with Wex Curatorial Associate Layla Muchnik-Benali, writes about Djebar's work on The Zerda, an essay film of footage culled from archival newsreels, highlighting the filmmaker's unflinching examination of what those images portray—and ignore.

All images from The Zerda or the Songs of Forgetting, courtesy of Arsenal Institute for Film and Video Art

Assia Djebar (1936–2015) was born as Fatima-Zohra Imalayen in Cherchell, Algeria, to a native Berber family. She is an influential figure in North African literature, publishing multiple novels and essays throughout her lifetime. Djebar was the first North African woman admitted to the École Normale Supérieure. As a student in Paris during the 1950s, she participated in protests against France’s occupation of Algeria. During the Algerian War of Independence (1954–1962), Djebar collaborated with the Algerian National Liberation Front (FLN) and contributed writings for their newspaper El Moudjahid (The Militant). As a novelist, Djebar's writings became a voice for women and their twinned struggle against colonialism and patriarchy. Highly attuned to sounds spoken and sung and the oral transmission of stories, filmmaking offered Djebar opportunities to explore alternative dimensions of sound, image, and narrative. Her writings and films explore the sounds of silence. For Djebar, silence is multidimensional; it can be repressive–the silencing of women–but it can also be transgressive, a revolt against oppressive norms. Silence can also denote historical silences, or the gaps left in official history.

Gillo Pontecorvo’s film The Battle of Algiers (1966) inaugurated a vital chapter in the history of the Algerian film industry; after its release, Algiers became a hub for Third World cinema. The documentary films of this period were often subversive and political, responding to the traumas of French colonialism and reclaiming the image of the Algerian struggle for independence. Highly masculine in nature, these films often neglected the perspectives of women. Female filmmakers would not emerge onto the scene until the 1970s and '80s; Djebar was the first woman to produce a film in Algeria and was the only woman to complete two films until the late 1980s.1 During a hiatus from writing, she completed the films The Nouba of the Women of Mount Chenoua (1977) and The Zerda or the Songs of Forgetting (1982). Her first film, The Nouba, was met with some hostility in Algiers, as it was considered too baneful to the country’s nationalist decolonial project. Despite this challenge, the film won over international audiences, receiving the International Critics Prize at the 1979 Venice Film Festival. The Zerda or the Songs of Forgetting was also celebrated and awarded the title for Best Historical Film at the 1983 Berlin International Film Festival.

In the latter film, The Zerda or the Songs of Forgetting, Djebar returns to the archive to revitalize lost indigenous traditions that were tokenized by the colonial gaze. Pathé Gaumont, the film company, approached Djebar and invited her to sift through old newsreels in their warehouse; she discovered footage shot in the French colonies of North Africa roughly between 1912 and 1942. Djebar weaves together these colonial outtakes to create The Zerda and the Songs of Forgetting, in collaboration with the poet Malek Alloula and the composer Ahmed Essyad. A poetic essay film, The Zerda or the Songs of Forgetting challenges the image archive through provocative voiceovers and “songs of oblivion.” The film spotlights the Zerda festival, a merrymaking ceremony indigenous to North Africa. In the original footage, the Zerda is subjected to the watchful and surveilling gaze of the colonizer. Throughout the film, Djebar shows how the voyeurism of the gaze robs this indigenous tradition of its power.

Working to recover this loss, Djebar consistently alludes to the images that we do not see–images bearing traces of brutal colonial violence–to suggest that the newsreel images that appear in the film are complicit in distorting history. In one scene, agricultural workers plant seeds and operate heavy agricultural machinery, including a motorized lawn tractor, with a soil tiller mounted on its rear. Djebar's searing voiceover interrogates these images, asking us: "Would they have taken photos when our gardens and fields were being burned? By force and at gunpoint, they have taken our land from us!" By clearly addressing the colonial violence left out of the frame, Djebar questions the image's function as a skewed historical document.

Furthermore, her comments foreground the impossibility of reconstituting a postcolonial history through the eyes and images of the colonizer. Djebar suggests that the photographic image itself is exploitative, as she repeats this refrain throughout the film: "We survive. They photograph us… with empty bellies and bare feet, as souvenirs for the fine ladies and gentlemen." Following each refrain, she juxtaposes footage of impoverished North African children with images of the French bourgeoisie. Throughout the film, these moments ground Djebar's critique of the gaze, the image, and the charged nature of visuality in the North African colonies. The archive becomes a site of contestation for Djebar. The images she examines bear the traces of theft, violence, and dehumanization. She cannot alter the image archive itself. However, as a postcolonial subject, Djebar harnesses cinema’s capacity to speak back to these images, revealing the distortions latent on the surface.

The Zerda or the Songs of Forgetting positions the North African woman as the bearer of cultural and historical memory. Throughout the film, Djebar repeats the refrain: "Memory is the voice of the woman." In one scene, we see North African women; their gazes are blank, seemingly inquisitive, or skeptical. Each repetition shifts the emphasis: "Memory is the voice of the woman…of an oppressed woman. Night after night we suffocate her, suffocate her in leaden sleep." Djebar fully harnesses the voiceover in this scene, as she continues to repeat, "night after night we suffocate her." At the same time, the camera tracks and zooms into images of different women wearing traditional dress. The refrain builds from a whisper, the tone of her voice grows louder and harsher as she stimulates a chorus of voices, until she reaches an audibly exasperated gasp. Djebar often refers to film as images-son (sound images)2, suggesting that film is a means of synthesizing both personal and political concerns: gaze, image, silence, and oral storytelling. While she harnesses sound to speak back to the colonial archive, she also employs voice in the film as a restorative practice: recuperating the voice severed from the North African woman. Further, when Djebar asserts that the woman embodies memory, she alludes to the violence left unseen and unheard, that lacerates the colonized female body. The body became the terrain where colonialism and patriarchy enacted their power: either through the forced unveiling of the woman, her erasure from the official tale of history, or her enforced silence.

In her manifesto "My Need for Cinema," Assia Djebar asserts that "cinema needs to receive and refuse violence through a gaze that hurts itself and through the voice that rises up."3 Experimenting with sound and voice in her film, Djebar seeks to recover an alternative vision of history which restores sound to the silenced. Centered around the Zerda celebration, The Zerda or the Songs of Forgetting revives the importance of this powerful indigenous tradition. At the same time, Djebar remains wary of the anthropological gaze of the colonizer, which threatens to usurp and obliterate its power. Weaving its story out of colonial discards, The Zerda or the Songs of Forgetting challenges the exploitative nature of the image and exposes the fallibility of the archive. Furthermore, The Zerda or the Songs of Forgetting asserts that archival images have the capacity to produce gaps in the historical record. The film positions the North African woman as the embodiment of cultural and historical memory, but also reveals how she came to be relegated to the periphery and damned to suffer in silence. Tending to these silences and working at the intersection of writing, filmmaking, and storytelling, Djebar complicates any simplistic understanding of the postcolonial Algerian identity; and in doing so, she employs her camera, pen, and voice to redress vital but occluded histories. 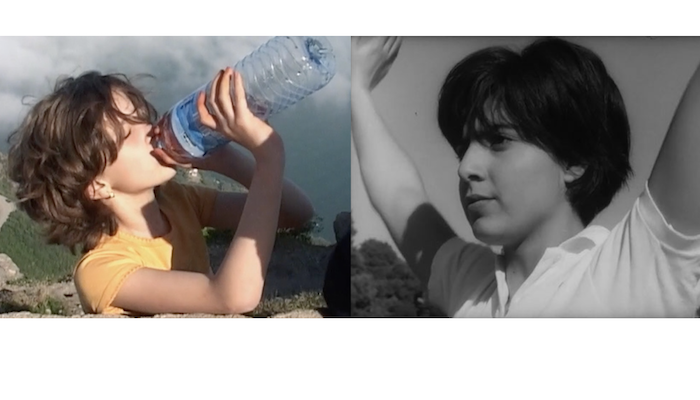