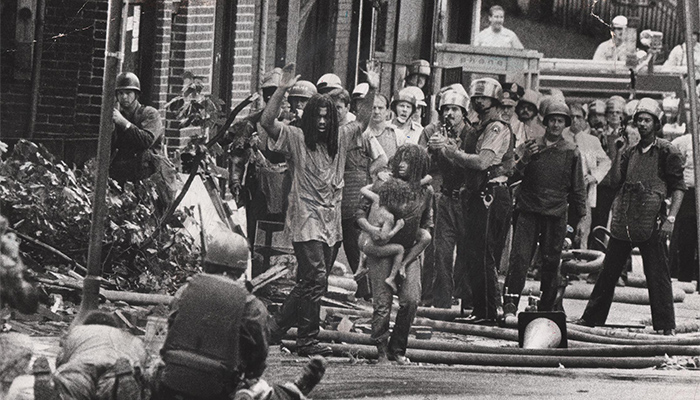 We’ve received a number of requests for recommendations for films that speak to the recent acts of police violence and the subsequent ongoing protests across our country. There are many great films to suggest (you'll find some here among the reading suggestions). Sadly, some were made quite recently and some decades ago, which speaks to the fact that this issue never goes away.

A few of the more recent films that we highly recommend (with hyperlinks to watch) include: Ava Duvernay’s Selma (2014) and 13th (2016), both of which are currently streaming for free; Raoul Peck’s I am Not Your Negro (2017) which is based on the writings of James Baldwin; Craig Atkinson’s Do Not Resist (2016), about the militarization of the police; and Sabaah Folayan’s Whose Streets? (2017), about the tragic events in Ferguson. Most of these screened at the Wex. And of course, I should mention April Martin and Paul Hill’s 2015 doc Cincinnati Goddamn, about the history of police violence in that city. The film was supported over an extended period of time by the Wex’s Film/Video Studio and is available on our site through June 25.

We’d like to call special attention to Jason Osder’s award-winning doc Let the Fire Burn (2013), a found footage film that chronicles the longstanding feud between Philadelphia police and the black liberation organization MOVE, which culminated on a violent and deadly day in May 1985 when police dropped high-grade explosives on a townhouse occupied by the group. The police action resulted in 11 people dead (including five children) and the devastation of a city block.

We thank our friends at Zeitgeist Films for making this film available to everyone, free of charge, via the KinoNow streaming site. The event remains forgotten or unknown to many, and the film reminds us of the continuum that lead to the recent Black Lives Matter movement.

Watch Let the Fire Burn for free via Kino Now.